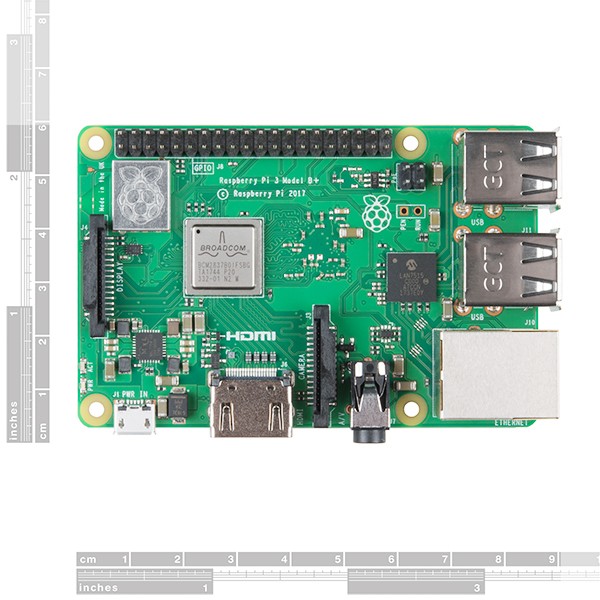 The Raspberry Pi 3 model B is the successor to the successful mini-computer Raspberry Pi 2. Despite its extremely compact size, it is a full-fledged PC thanks to its 1.2 GHz quad-core processor ARMv8 and the 1 GB large memory is suitable for a variety of applications, such as as a basis for a web server, a media center PC or for control tasks. The Raspberry Pi 3 model B also includes four USB 2.0 interfaces, a 10/100 Mbit / s LAN port, as well as WLAN 802.11n and Bluetooth 4.1 with Bluetooth Low Energy. The integrated graphic has an HDMI and an AV output and is capable of playing videos in Full HD (1080p). The sound output is also via the HDMI or the AV output. The Raspberry Pi 3 model B does not have a conventional hard disk connector, but instead has a microSD card reader, into which a memory card is inserted as a boot medium. The power supply is via a micro-USB connection, as it is also used with modern mobile devices such as smartphones or tablet PCs. The Raspberry Pi 3 model B is extremely economical and consumes only about 4 watts in operation. 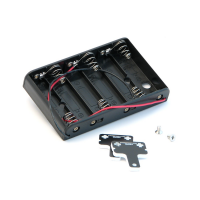 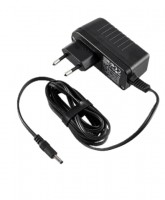 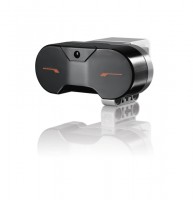 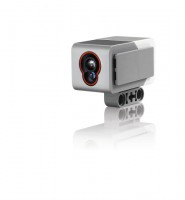 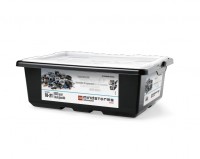