Who are Raspberry Pi?

Democratising technology – providing access to tools – has been our motivation since the Raspberry Pi project began. By driving down the cost of general-purpose computing to below $5, we’ve opened up the ability for anybody to use computers in projects that used to require prohibitive amounts of capital. Today, with barriers to entry being removed, we see Raspberry Pi computers being used everywhere from interactive museum exhibits and schools to national postal sorting offices and government call centres. Kitchen table businesses all over the world have been able to scale and find success in a way that just wasn’t possible in a world where integrating technology meant spending large sums on laptops and PCs.

Raspberry Pi removes the high entry cost to computing for people across all demographics: while children can benefit from a computing education that previously wasn’t open to them, many adults have also historically been priced out of using computers for enterprise, entertainment and creativity. Raspberry Pi eliminates those barriers. 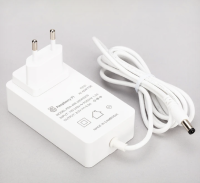