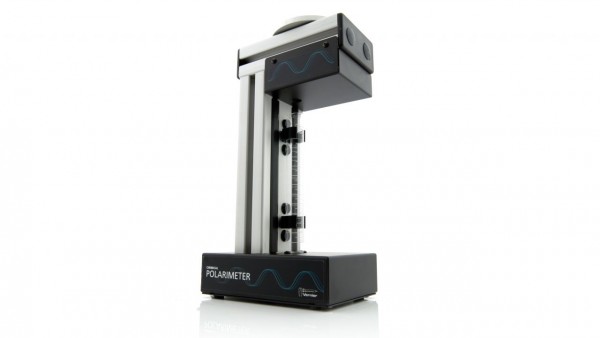 The Chemical Polarimeter is a device used for measuring the rotation of plane-polarized light caused by optically active substances such as organic, inorganic, or biological compounds.

The Polarimeter can be used to measure chiral properties of optically active samples without chemically modifying or destroying the sample. This is a vertical polarimeter that uses a 589 nm LED, a fixed polarizer, and a manually rotated polarizer to detect changes in rotation of plane-polarized light in the presence of an optically active compound. Used with Vernier technology, students no longer have to determine the optical maximum with their eye but have a graph that shows a clear change in the light’s polarization.