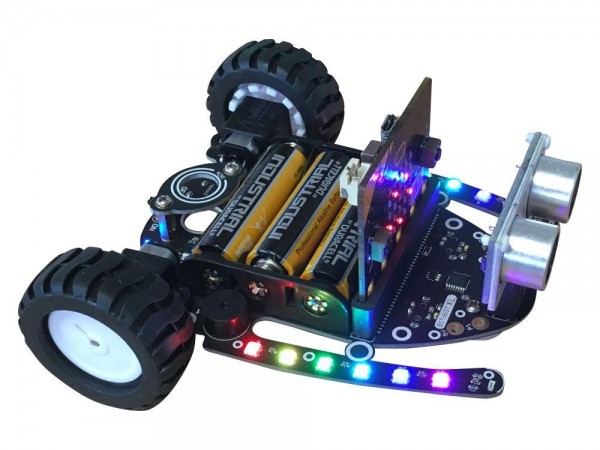 This breakout is a simple and robust way to add ultrasonic distance sensing to your robot. Supported on BitBot XL, Pi2Go Mk2, Pi-Bug (v1.1 and later), Minibit and other 4tronix robots released from July 2019 onwards (including the Robobit Mk3, v1.3 onwards)

This breakout is fully compatible with Pimoroni's breakout garden, so you can plug it into any of the I2C connectors and use it on GPIO pin 4.

It is a single pin, 3.3V sensor breakout. So the Ping and the Echo are on the same pin.

4tronix is a small independent business based near Derby, UK

They develop their own brand of products for BBC micro:bit, Arduino, Raspberry Pi and Crumble